We always strive to validate ourselves in front of the people we cherish. We want attention, and we expect to show them by doing something great so that they can praise. Meanwhile, we start to count our worth according to their responses. If they praise us, we feel like heroes, and if they don’t, we sense worthlessness. Among everything, what we want to achieve is a lot of affection and admiration from everyone. My story has no beginning and no end. For me, I think I was always a category of very competitive student and the optimistic fellow who used to assume that I will never forfeit.

But when we reap maturity, we assimilate that life is not like what we anticipated. Sometimes it puts on us an unpleasant juncture we never foresee, and sometimes it bestows us such a beauty we can never imagine. Yes, my SAT journey was the beautiful one.

From Dhaka Residential Model College to Notre Dame College, my only motive was to be the best. The promising pupil who will serve so hard to achieve top-notch positions in everything. But the journey seemed so unfair as the class I entered was one of the best English version batches in the whole country as all the prodigies came from each part of the country and fought for the position there. I was one of them, and I was so astonished by the community and their talents. Some possess skills, some have so much devotion and hard work, and some amass both.

No matter what, I learned there the most is that the environment is a very substantial portion of life to stay energized and to learn. On the first examination, yeah, I thought I would do great but got average marks. Then the second exam, yeah, I tried my best but got a high average. But why was I unable to get the top positions? On a day, I laboured 19 hours on my studies and earned 60 something, and the first guy obtained 100. I started to feel worthless about my capability. For more than six to tenth months of my college life, I kept losing and losing but never gave up. 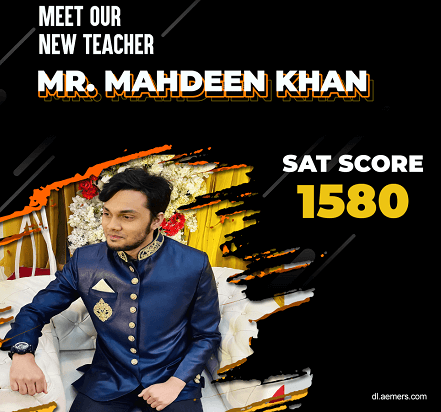 On the other hand, I was getting inspired because many people were toiling harder than me but got more petite. So, I retained, managing that I would do something great soon. On that journey, when I glanced behind, I saw numerous students stumbling apart, some doing parties, some excessive hanging out, some doing gangs, some going to other festivals. But I was devoted to one aspect, and that was my studies. I decided no matter what, I would not have myriad priorities.

Thus, I commenced to train myself to learn precisely. On the other hand, a lot of students were strolling with SAT texts and vocabulary books. What I understood is that it’s like an IELTS exam with a specific math part. I assumed I could do it effortlessly as I was from well-equipped English version background.

With time, we all divided as our targets were different in the admission examinations. Some targeted medical, some targeted engineering, and some targeted IBA. There was also a unique kind of people who had the target SAT. So, I inquired them, and they mumbled to me something that I didn’t understand thoroughly. However, it made me understood that SAT is synonymous with scholarship in the USA.

As from a traditional background family, my family doesn’t understand the undergraduate curriculum of studying abroad. They think that it should be for M.Sc or PhD. How can a child go to the USA alone?

That’s where my SAT voyage officially embarked. With all the SAT aspirants, I registered for the examination without adequate preparation and thought that I would surely ace the exam as I am an English version student. But I was dead wrong. Everyone from my circle received the 1300s to the 1540s in December 2018.

Unfortunately, I obtained 1200 something. I felt I would get 1500+. Sigh. I started to rethink my worth and felt like a complete sap.

Everyone doing Udvash, Mentors, Retina, Medico, and what I was perpetrating was to collect the notebooks and question banks from Nilkhet and studying all. On the other hand, my marks started to rise drastically after a long one and a half years. HSC exam was near.

I studied for engineering and SAT together as I vowed to my parents that I would first enter into a public university and then attempt to apply to the USA. Everyone around me working so hard, and it was almost two years I deactivated my Facebook account for my studies. Everyone jumped into examining the Great “Higher Secondary Certificate”, and everyone in my circle, including me, achieved A+ so handily. I heard a quote that “we become the average of Five people we mix with.” Yeah, quite true.

Every relative came after 3years out of nowhere to know my results and was congratulating me. But I was pissed off by their curiosity and so-called “care”. They said I would get into BUET, etc. They extraneously began to put on me pressure, which I never expected.

After a while, things started to worsen as I activated my Facebook account after a long time. I found out The friends I loved the most in my school life used to spread rumours about me; one of them even stole my mobile phone in Class-10, which I found out later; one of my grandmothers passed away, my 4-year- old first pet in my life died. Without its presence, my motivation for studies had no existence. I was all alone in my house as I don’t go outside the home without any cause, seeking some help so that someone would stay with me. But none did, and there was none to listen to me. My parents, as professional doctors, were always inattentive to my needs, and soon I was diagnosed with depression and the medicines I took for allergies also caused mental health issues which I learned later. As I was in the admission phase, there was a lot of pressure from my relatives, friends, and acquaintances.

Examinations began, and things didn’t go so well. Yes, I got chances in public universities, but my position was not top-notch. I started to complain that I don’t want to study in a country where I need to fight for the subject with rank. I wanted to study physics.

I invested so much time with so many books on physics, and I didn’t want to get back. I worked almost one year for SAT, and now I wanted to see if this would work. But the year gap is a problem. So, I started to apply for USA Universities with my first SAT score. I wandered around the agencies for a while, but they didn’t assist a bit. But through the process, I learned a lot. I was grinding SAT practice tests at home and working on the application process. And Finally, I fetched a scholarship from an average-tier university in the USA.

So, it was relaxing a lot but relatively not. As I started studying there, they began to manipulate me to pay for the tuition fees. They began to give me scholarship notifications to apply. I begged them how I could even afford the full tuition, but they kept ignoring my emails and gave me round and round replies. I even begged them and knocked them with consultancies, but it didn’t benefit. With complete insecurities, I sat for the SAT after a long year with the name of the Almighty God. Yeah, I got the 1400s, and I was so happy.

I emailed the university and the university professors so that I could save the scholarship somehow as my records were 75th to 99th percentile for that university. Still, I didn’t get any normal response. Why were teachers so hard to get?

I started to research which kind of undergraduate university spawns the nicest professor-student connection. And the answer was “liberal arts college.”

I seized my time with assignments , kept taking preparation , and learned from experience that telling people could never help me reach my goal. And through all the journey, I nearly ground 60+ practice tests or even more. I thought to quit a lot of times. I was insecure, but I never gave up. At that time , my parents were very supportive , and thanks to God for keeping me encouraged . I initiated every day, thinking this was a new day with a unique opportunity.

Days kept passing, and the SAT examination arrived. I entered the examination hall with a big beard and a very casual dress-up with a completely new mindset of fear of losing nothing.

Tough times never last, but tough people do. I can never thank my God enough for the journey.

All’s well when the end’s well. I earned the Silver Honor award in the International Math Youth Challenge 2020, and I got a 1580 score on my SAT, a full scholarship from one of the top liberal arts colleges with an acceptance rate of only eight per cent.

No matter what you learn, learning never fails. Every single portion of our effort will come back to us one day.